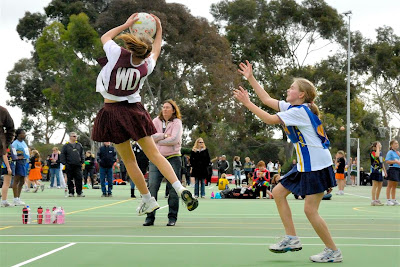 The girl (left) in the picture was particularly damaging. When she wasn't totally dominating playing Center, she was playing Wing Defence, as in this shot. Her ability to intercept, as shown here, as well as her incredible speed in disposal, was of a standard I have not seen in this age group. I'm sure we'll be seeing more of her in senior netball ranks, perhaps even at the highest levels.
As seems usual taking photos at sport, if only I had been on the other side of the court at the time :)
Posted by Pete at 5:03 pm 1 comment:

A friend's son was riding/ driving a Pedal Prix car today in Adelaide. Now some of these teams are REALLY kamikaze types. 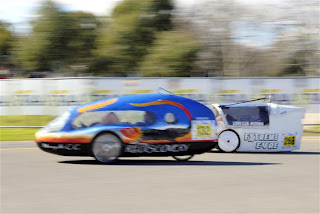 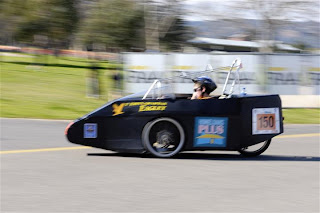 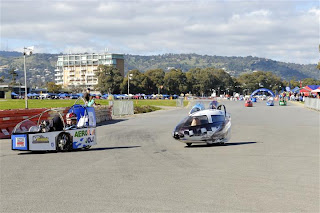