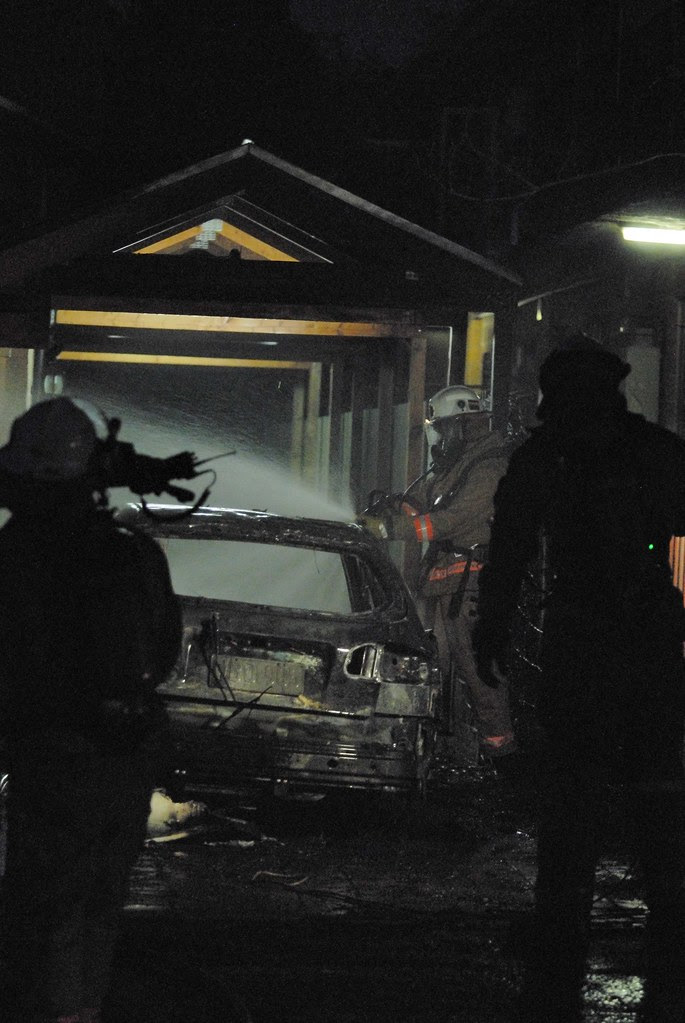 Getting it really under control now... with blue water!! 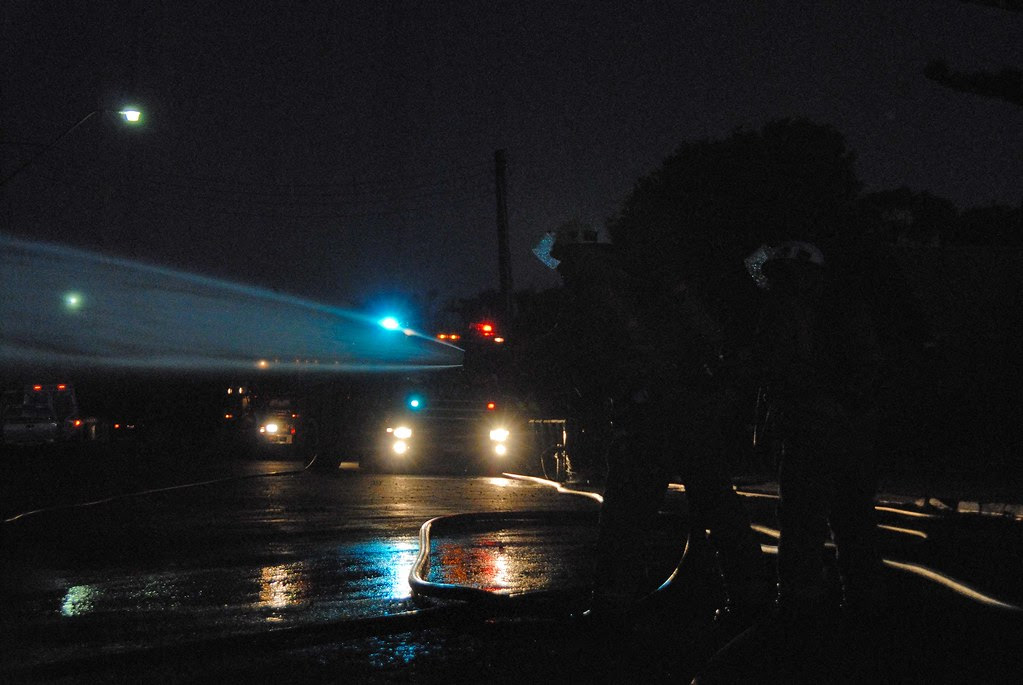 Firemen getting it under control ... 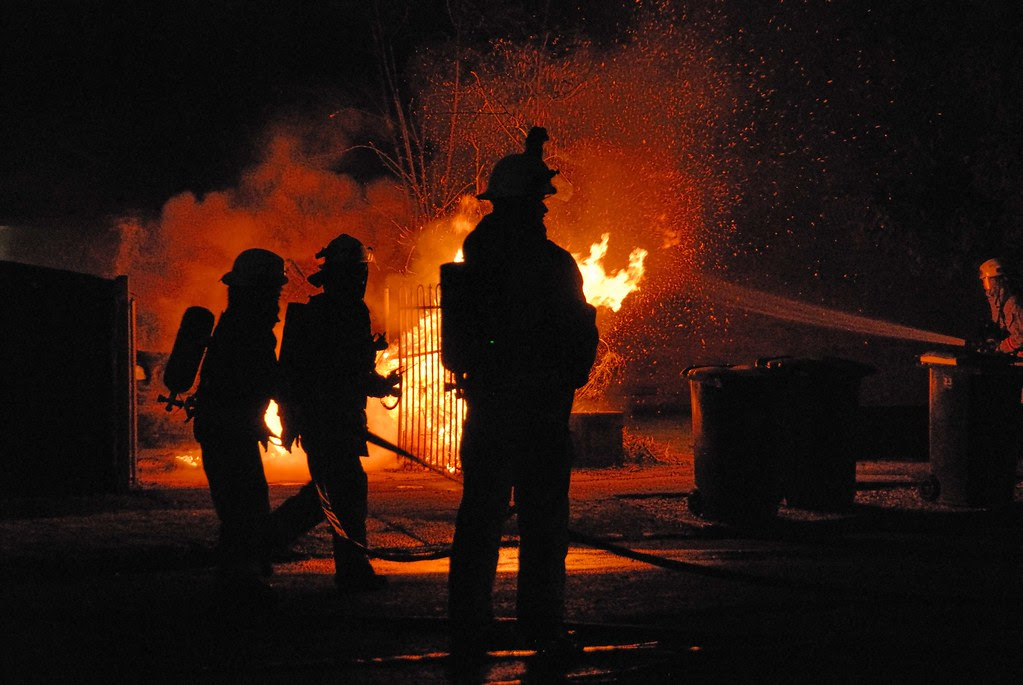 Starting to get a concern... 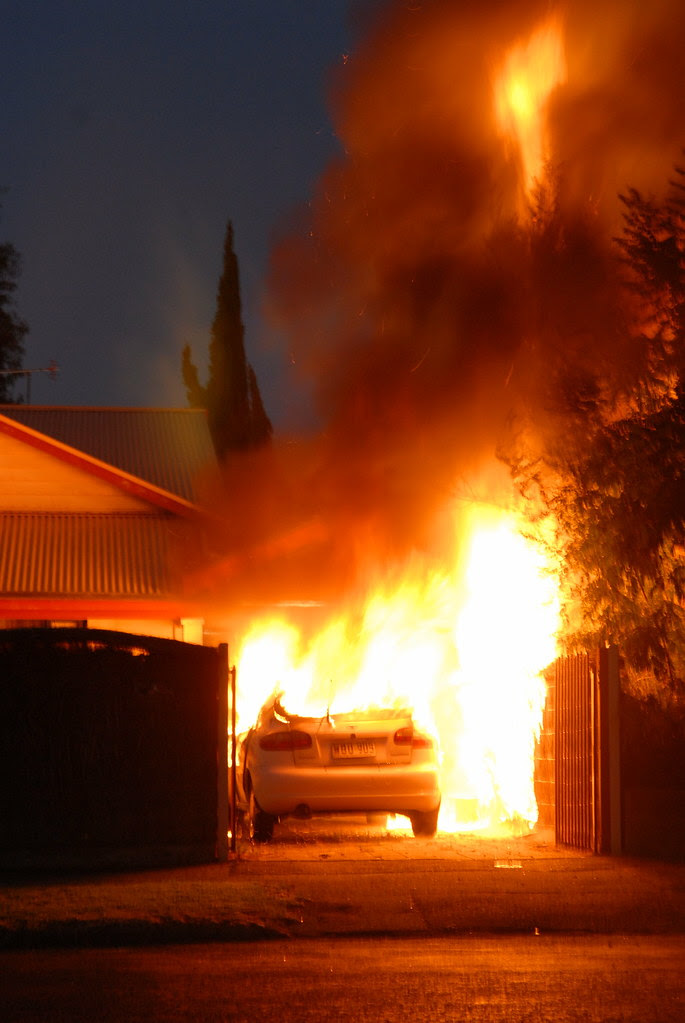 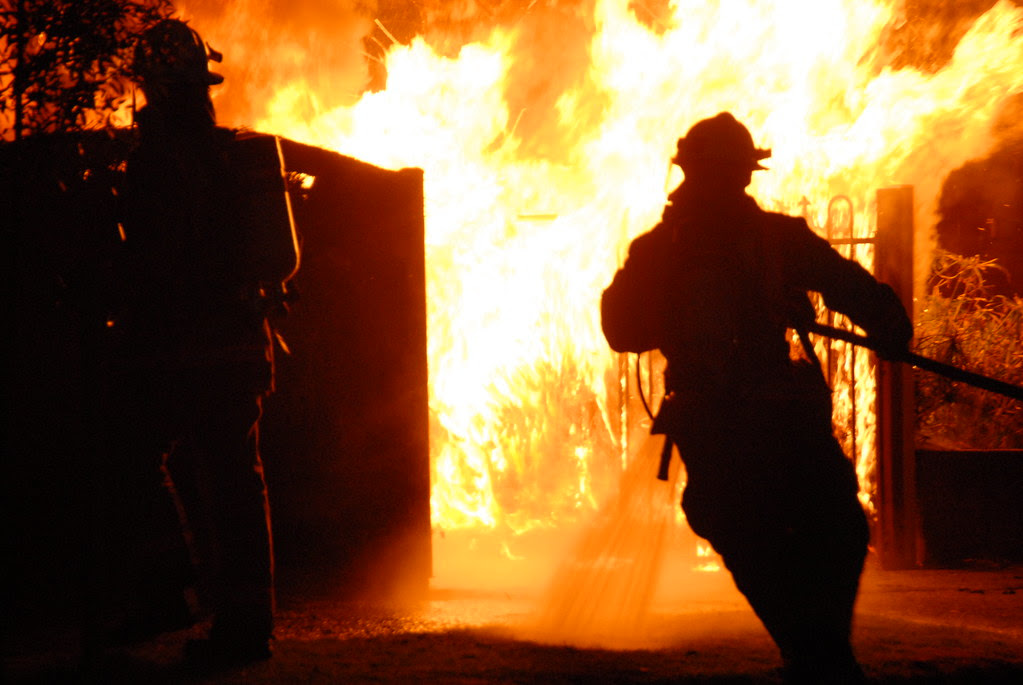 Claire in her usual mode ... smiling! 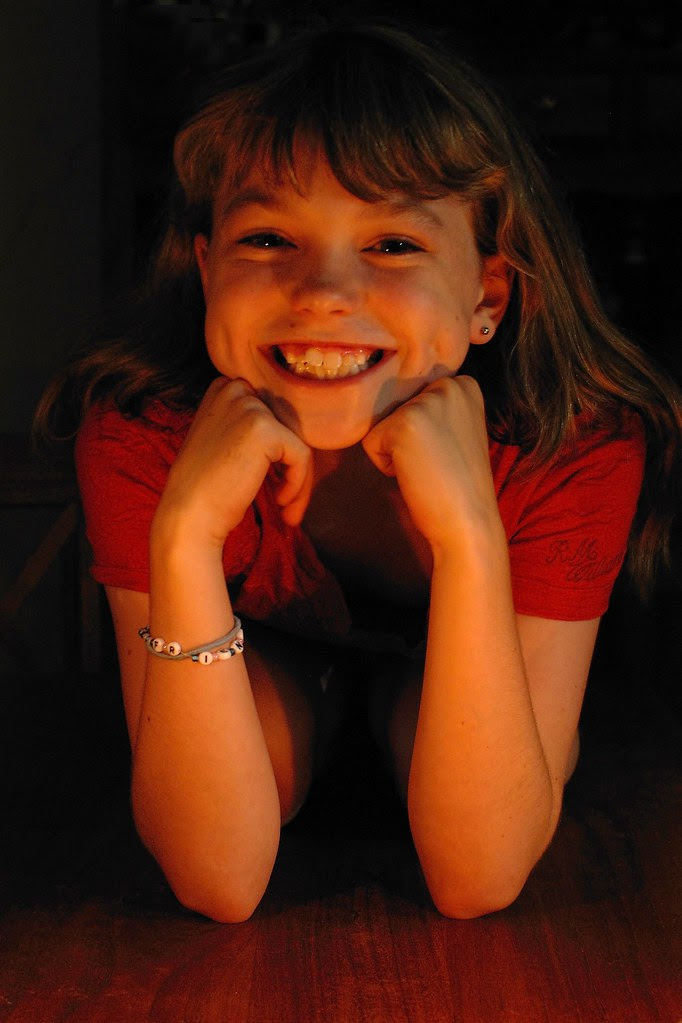 Ever wonder what an Orthodontist's Heaven would look like ..... ?
Posted by Pete at 12:49 pm No comments: 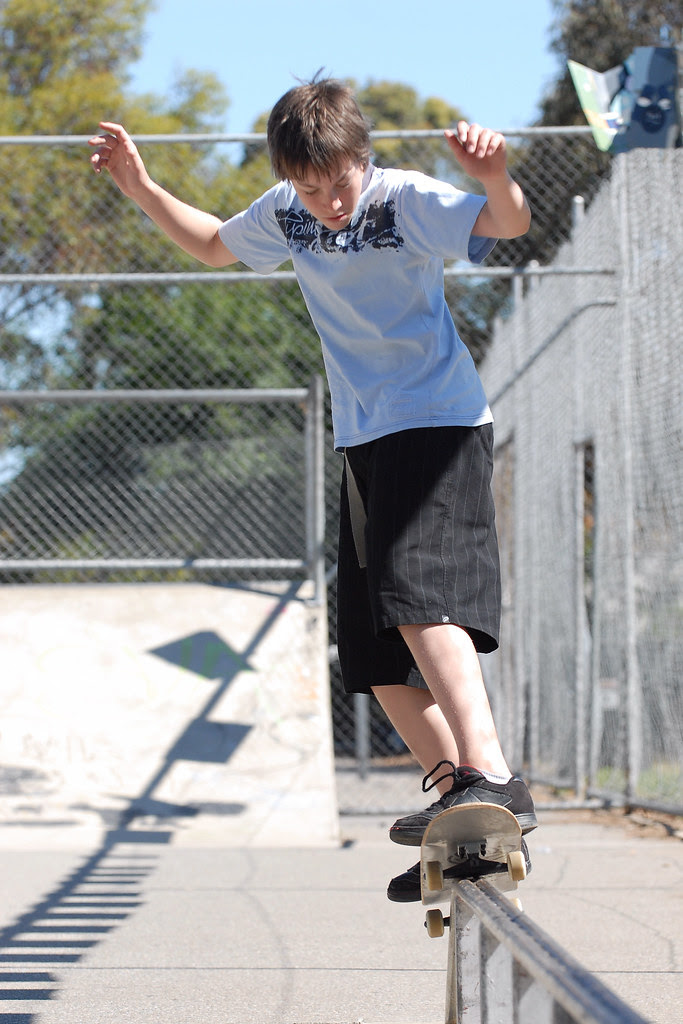 Talk about a new craze for Alex. Heck has he taken up this sport with passion. If only the school work could be done so...actually I have to admit he is already quite good at it. Trouble is (at this stage) he is gamer than his skills I fear. I await the trip to hospital...
Posted by Pete at 9:21 pm No comments:

Claire really seems to be able run quite quickly. Here she is winning her school sports day sprint race.Yep a proud Dad ...

I have just completed a one day course on how to use the "FrameCo" range of framing products. It seems to be quite good gear and well designed. The "tutor" must have impressed me as I am now far lighter in the wallet. I'm looking forward to the gear turning up though.

I cannot understand why I've gone into framing my own prints as I have not yet found the time to hang up the prints I already have framed!!

Hopefully this will force me to find the time...
Posted by Pete at 3:25 pm No comments:

Right now my nine year old daughter is singing her head off just after I have put her to bed. It is a beautiful sound. I must admit the sound is probably only beautiful to her Dad. I can still feel the traces of the hug she has just given me and can also hear her telling me she loves me.

Alas it certainly is not a sound beautiful to her brother, who has just yelled to her from his bed room, "CLAIRE....put a sock in it!!!". True to form, Claire takes absolutely no notice of him until I have to intervene. It is one of the many moments I have, where I wonder in the sheer awe at what my children can do, to wondering just when they will get on together!

Anyhow Alex has also just given me a big hug and a kiss goodnight. He is fourteen and I sure hope he does not stop doing this no matter what his age.

We have just had yet another big weekend. Claire's friend Victoria has had her ears pierced a couple of weeks ago. Yes at nine years of age! This would normally have been ok, however I promised Claire sometime ago that she could have her ears pierced when Victoria has had hers done. At the time I was sure that Victoria's mum would not let her have her ears pierced until much later say thirteen or fourteen? I'm sure this would still be true however...the trouble is Victoria has just visited her big sister in Melbourne where Sarah allowed Victoria to have her ears pierced...bugger! Anyhow, after many days of pleading by Claire I have relented (as usual) to my young wonder's efforts. So off we went into town and now Claire has two little bits of flesh missing, replaced by two rather cute little Diamond's. Yep she sure is spoiled!!! Actually not Diamonds but I won't tell if you don't...

Alex has also had a big weekend. Off to Tennis on Sat'dy morning. St Peter's college no less. Sheeze that place is huge. Still, it did nothing to lift the overall skills of his team. Done like a dinner! Then off to arrange for a Halloween outfit for a party that night. Yep, you guessed it, the party hire place had no Halloween gear remaining but heck he came up trumps in a Court Jester outfit. Try as I may I could not persuade him to wear the supplied tights even though he really looked the part in them.

Alex has today also dragged us off to his local Scout Group "Back Home" event. The group had local, state and federal politicians, state Scout leaders, past Scouts, friends and families attending the event. Actually over one hundred and twenty people turned up today at the Rosepark/ Norwood Scout hall. There were plenty of activities for the kids and much reminiscing by the older crowd. I was just proud as punch when Alex was presented his "Blue Cord" by the Scout Commissioner. Alex is the oldest Scout in the group and still really seems to enjoy being a Scout. He is planning to achieve "Adventurer" Scout status next year which again will mean much work for both him and his Dad....such is life!!!

I'm writing this because I'm in one of those rare humble/ happy/ pleasantly tired moods (oh and with a wee bit of Port to the right of me and the kids in bed). Quite simply I am lucky enough to have two of the best possible and most beautiful children a man could want. One day maybe, I'll be able to express just how lucky I am but for now I'm just savouring the moment....
Posted by Pete at 9:40 pm No comments: 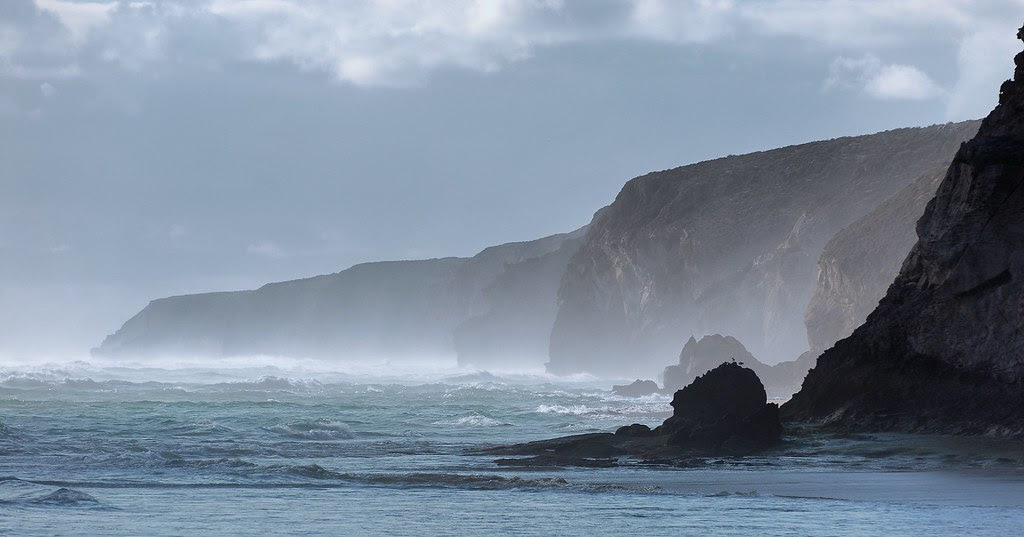 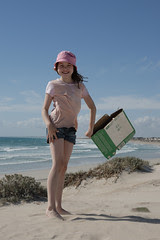 Claire enjoying herself
Originally uploaded by Ngarkat
Posted by Pete at 4:22 pm No comments: 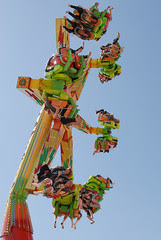 Wow ...
Originally uploaded by Ngarkat
Posted by Pete at 4:19 pm No comments:

At the beach
Originally uploaded by Ngarkat
Posted by Pete at 6:26 pm No comments: 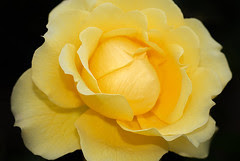 Garden Rose
Originally uploaded by Ngarkat
Posted by Pete at 6:25 pm No comments: 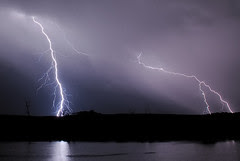 Seagull in for the chip! 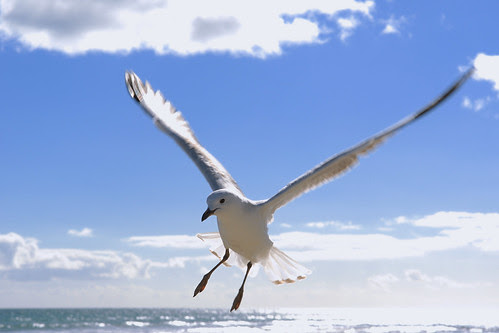 Claire and Alex had fun feeding the seagulls at Aldinga
Posted by Pete at 7:23 am 1 comment: 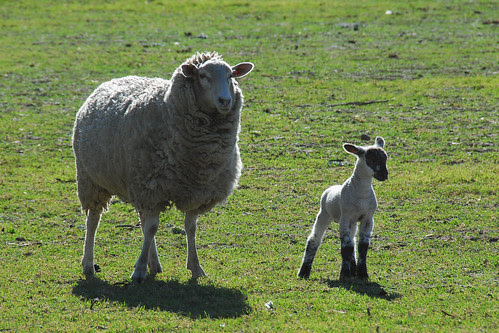 Mum and her lamb
Posted by Pete at 7:22 am No comments: 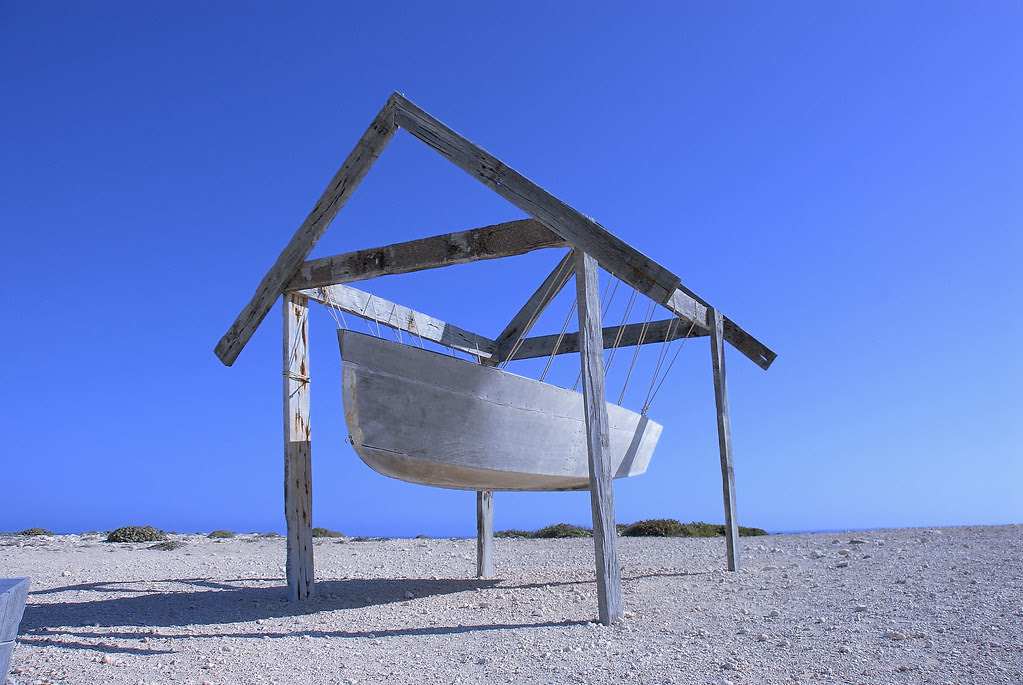 A cliff top art show at Elliston on the West coast (Eyre Penninsula), South Australia.I thought this piece was quite clever.
Posted by Pete at 7:18 am No comments: 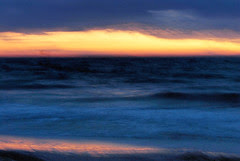 Storm coming?
Originally uploaded by Ngarkat.
I rather like the way this shot turned out while I was at West Beach with the Scouts and with Claire. The cam was on a tripod, taken at ISO 400, f16 and 2 seconds. It looks like the tripod sunk a bit in the sand while the shot was being taken. It seems to have given a "surreal" even stormy effect.
Posted by Pete at 5:02 pm No comments: 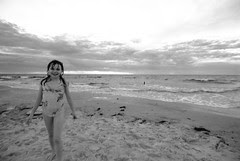 Claire at West Beach
Originally uploaded by Ngarkat.
Testing the new 12-24 Nikkor. A fun lens indeedy.
Posted by Pete at 11:57 am No comments: 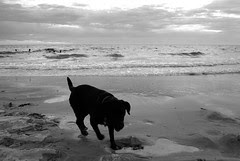 Pooch at West Beach
Originally uploaded by Ngarkat.
Taken at a Scouts evening at West Beach
Posted by Pete at 11:56 am No comments:

Alex "Getting Air" at Teal Flat on the Murray We had a break at Ian and Janet's "shack" at Teal Flat on the Murray River, just North of Mannum in South Australia, between Christmas and New Year.

Alex just loves the "knee board" as you can see.

Thanks heaps to Janet and Ian for yet again a great time was had by us. True friends.